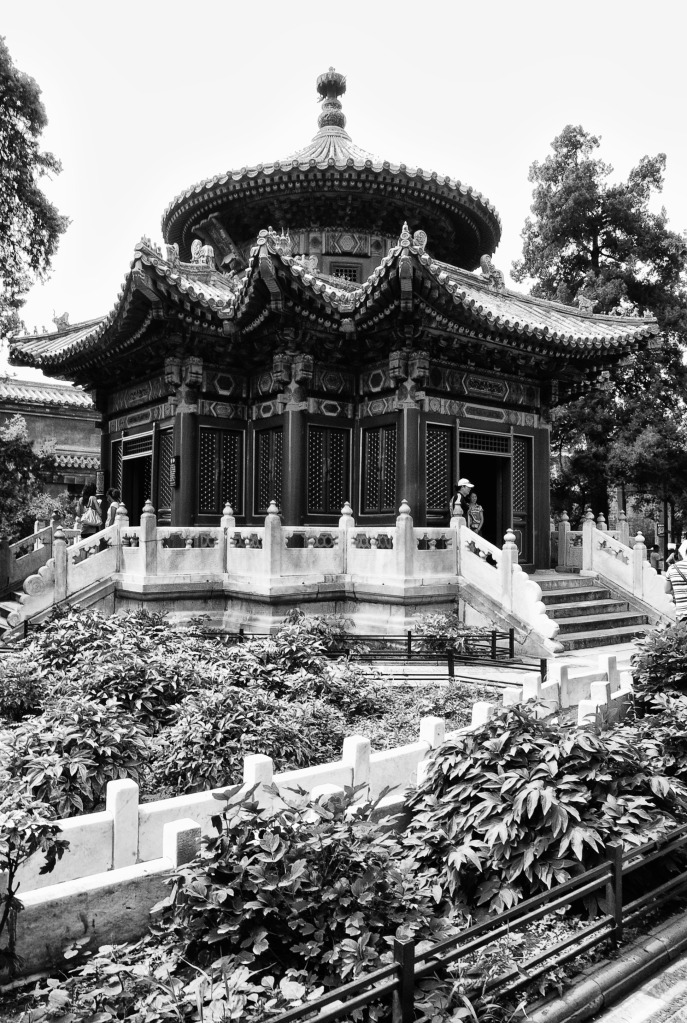 Wanchunting in the Imperial Garden.

At the back of the Hall of Earthly Tranquility there is the Imperial Garden which is called Yuhuayuan in Chinese. It was built in the Ming Dynasty in 1417 and covers about 12,000 square meters. This garden was used as a private retreat for the imperial family and was designed with the typical Chinese imperial style. There are twenty different styles which are varied from each other but forming harmonious atmosphere with the trees, rockeries, flower beds, bronze incense burners and other sculptural objects.

One of the dominant buildings in this imperial garden is the Hall of Imperial Peace (Qinandian in Chinese) which is occupying the central position. There are different kinds of ancient trees such as the Consort Pine which is about four hundred years old still growing in front of the Hall of Imperial Peace. There is a pavilion on the four corners of the garden which symbolize the four seasons. The so called Pavilion of Myriad Springs is the most famous one which is lying in the eastern corner. It was built in 1535.

Duixiushan means Gathering beauty hill in English is an artificial mountain with a cave and on top of the mountain there is Pavilion of Imperial View. You can climb up to the pavilion and enjoy the scenery of the Imperial Garden and experiencing the atmosphere once was only accessible to the royal families.

You will also see the footpaths which are paved with different shapes of colored pebbles, which is indicating good fortune. A group of pictures describing shrews punishing their husbands may seem strange to appear in the imperial garden which was at a time in male domination and under the omnipotence of the emperor.